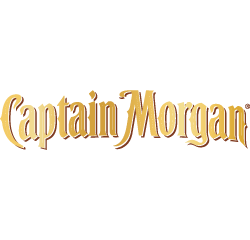 Captain Morgan rum possesses an interesting history, having been first created by a real pirate Henry Morgan, the name of whom terrified people of the Caribbean Islands region. The story of his pirating was finished in 1671, when Spain and England signed a peace treaty, and in 1673, owing to his merit for England, he was conferred the title of “Sir” and was appointed a vice governor of Jamaica, where he created the original formulation of a pirate drink.