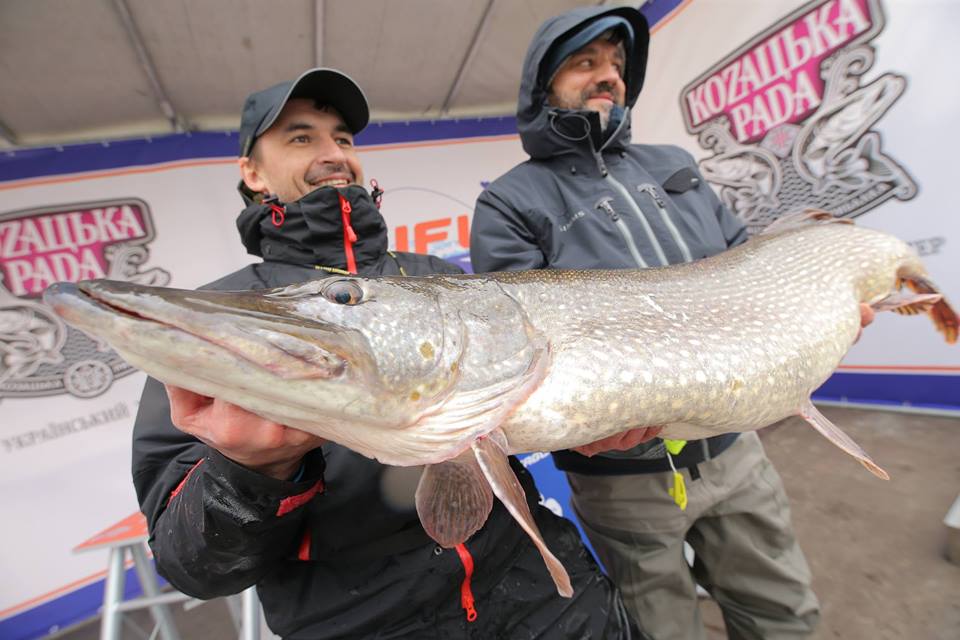 On March 21, with the support of the KOZAЦЬKA РADA brand, the first stage of the fishing tournament of the Ukrainian professional league UFL 2019 was held.            More than 30 teams from different parts of Ukraine          took part in the competition.

In three days of competition, 195 tails with a total weight of more than 500 kg were caught! The absolute record of the tournament was the captured trophy pike weighing more than 13 kg, which deserved the title of BIG FISH. By the way, under the conditions of sport fishing all the fish caught after weighing was released.

For the first time, the team from the Bayadera Group Company, consisting of Vadim Sagun and Pavel Kravchenko, took part in the sport fishing tournament UFL 2019.

The winners of the first stage of UFL 2019 were awarded and Anatoly Korchinsky, general director of the Bayadera Group, and Natalia Kazimirova, the brand manager of КОZАЦЬКА РАDА presented to the winners  gifts from the courageous brand КОZАЦЬКА РАDА.

Follow the news and stories of our partner-channel Trophy. The second stage of the tournament will take place in June. The most interesting is yet to come!