Experts have compiled a rating counting sales of national products to assess the value of brands.
The championship among Ukrainian vodka brands confirms that people continue to choose HLIBNY DAR as before - decades ago - for the unchanging high quality!

HLIBNY DAR, the flagship brand of Bayadera Group, is one of the world's best vodkas, is produced by the Ukrainian National Vodka Company. The brand ranked 5th in terms of sales in the world according to Drinks International.

The feature and main advantage of HLIBNY DAR vodka is protected by a patent, which is applied in the form of a digital code on the label of each bottle and guarantees the optimal and constant filtration temperature of HLIBNY DAR vodka. This is what ensures its clear transparency, drinkability and softness.

It's worth mentioning, that HLIBNY DAR vodka is the most popular one in Ukraine. In addition, it is included in the ranking of "TOP-100 world brands" according to the authoritative magazine "IWSR magazine" (The International Wine & Spirit Research), where it regularly holds leading positions among global vodka brands after such global giants of the alcohol industry as Smirnoff and Absolut. 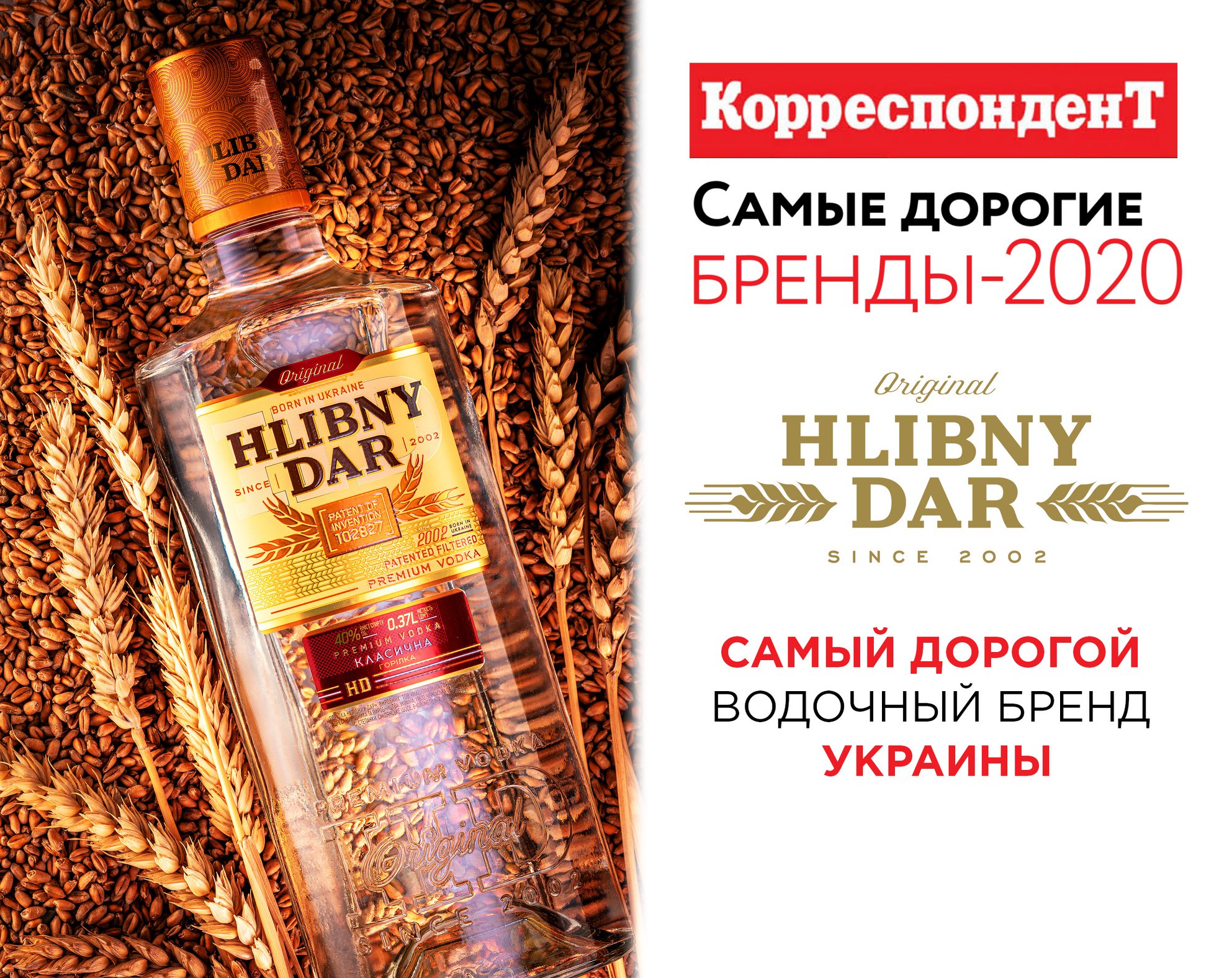