HLIBNY DAR is transformed and updated to emphasize its premium. Now, the impeccable brand authority is embodied in a new form of HLIBNY DAR vodka! The changes took place within the framework of the product premiumization strategy, which was developed in response to market trends, where local brands compete with imported ones in quality and external perception.

The new design was created by the famous agency Reynolds and Reyner, which developed the concept for such famous brands as Morshynska, Borjomi, Vincent d'Astrée, the new fragrance "Respect" by David Beckham and others.

The updated HLIBNY DAR has become more modern, which is consistent with global trends. Keeping the familiar image, the shape of the bottle has changed, which deserves special attention - the original embossing on the front of the bottle and the inherent only HD facets of glass.

The legendary HLIBNY DAR logo was also upgraded - it has become more expressive and modern. They also approved the brand name in Latin letters, which is universal for the entire product line around the world, because it is HLIBNY DAR that accounts for more than 80% of export sales!

Label design is distinguished by symbols of ripe ears and traditional colors of the brand, which emphasize its invariable grain character! And most importantly - for the first time on the label a patent is issued for a technology that improves filtration through coal columns at the optimum temperature. Now HLIBNY DAR is the only Ukrainian vodka that indicates its patented technology on the packaging! For the consumer, this means a mild taste and power that is most appreciated in vodka. 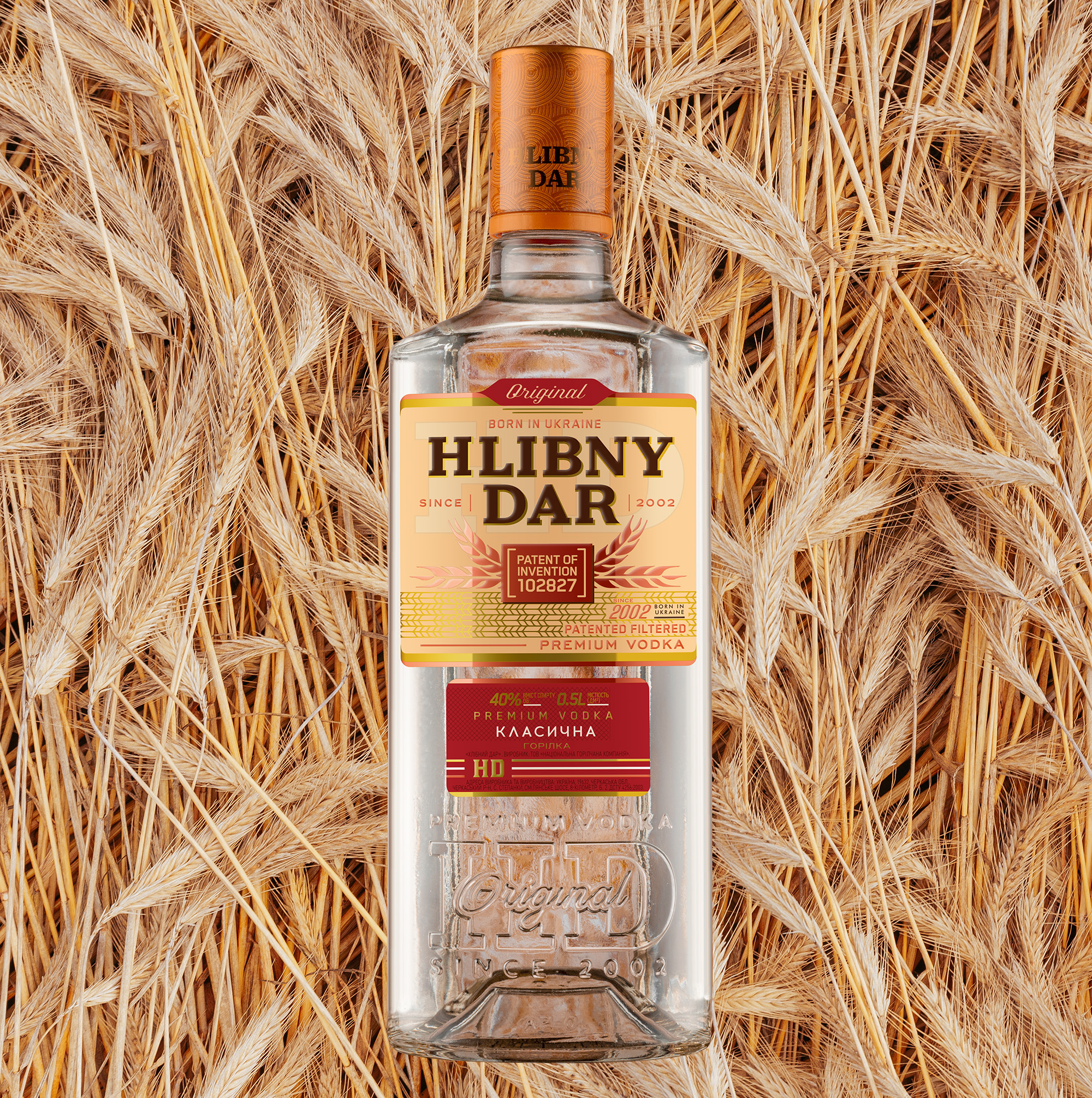