Together with the American television channel HBO, Johnnie Walker created a unique whiskey that combined the strength and power of two great generations of the cult series - Stark and Targaryen. These drinks were the logical continuation of the legendary limited edition White Walker (“White Walker”) from Johnnie Walker, released in 2018.

The conflict between the two genera in the final season inspired the creators of Johnnie Walker to reflect in the whiskey the fantastic stories of the royal Targaryen dynasty, in the veins of the representatives of which, it is believed, the blood of the dragon flowed, and the Stark family - leaders of the North, their fearlessness embodied in the image of Lyutovovka.

The Targaryen family personifies Johnnie Walker A Song of Fire. This whiskey with a strength of 40.8% captivates everyone with its rich piquant taste, in which you can feel subtle notes of smoke from peat malt from the Caol Ila distillery and barely noticeable spices. The bottle design will also not leave you indifferent, because the combination of rich red color is immediately associated with the mysterious and terrifying creatures of the Targaryen genus - dragons. Drop the circle and soda, because the real pleasure is to savor Johnnie Walker A Song of Fire in its pure form, feeling a warm and light finish.

Johnnie Walker A Song of Ice is the strength and fury of the Stark family, it's picturesque Arctic landscapes, calm ice, and mountains. To make this version of whiskey, we used malt from one of the northernmost distilleries in Scotland - Clynelish distillery (Klineish), which is why the delicate taste of whiskey conveys the taste of herbs, notes of vanilla and tropical fruit. The strength of the drink is 40.2%, and the gray-blue tones of the bottle design only emphasize its relationship with the world of the cold North - with its harsh climate and brave heroes. "Johnny Walker - A Song of Ice" is best suited with ice, because you feel a light cold finish.

Johnnie Walker Song of Ice and Song of Fire - a limited edition whiskey, will be a wonderful gift for all fans of the cult American television series “Game of Thrones” and lovers of the unique tastes of Scotch whiskey. 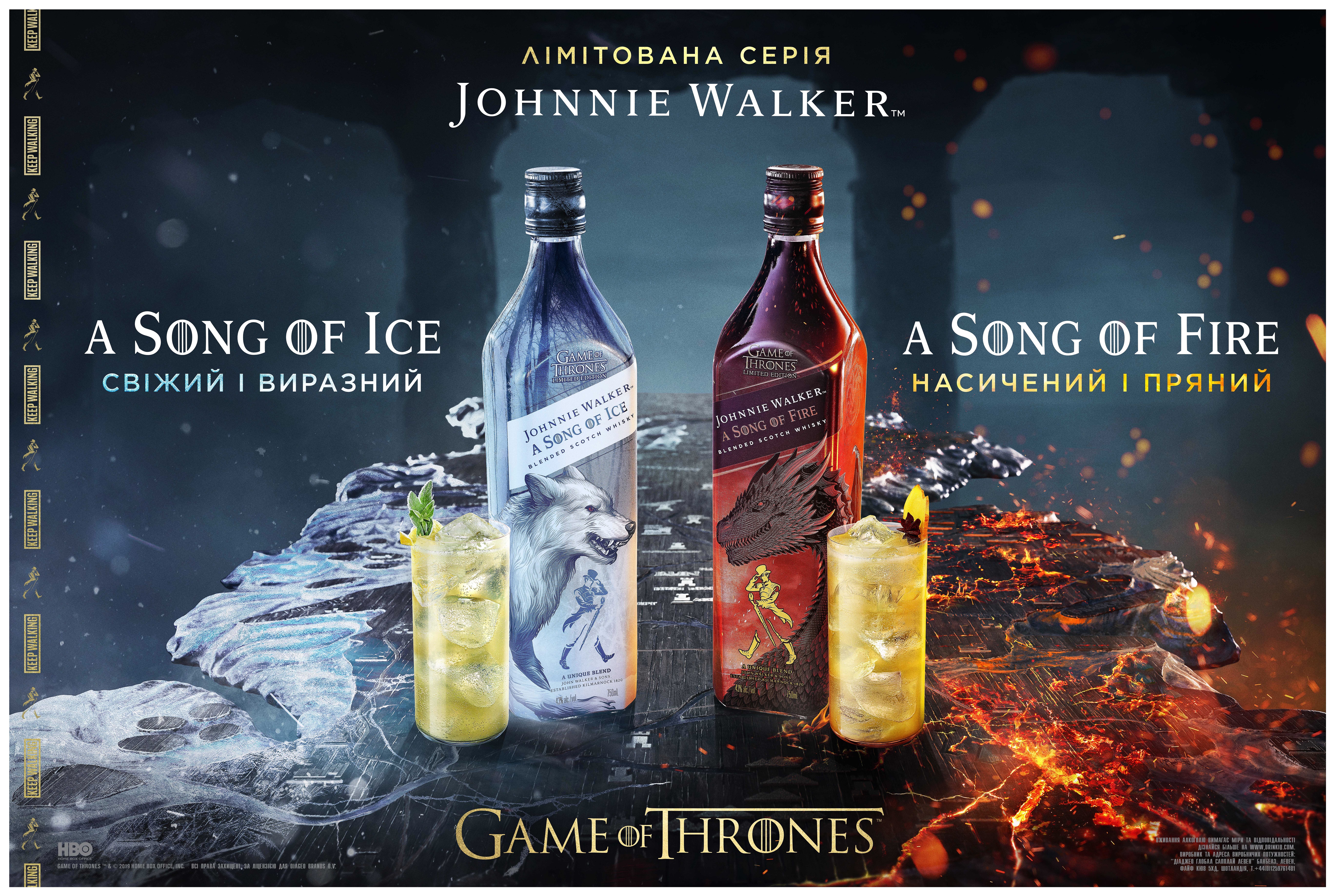